Fall 2011 offers many new shows for TV watchers. Two ABC shows have caught my attention as they both revolve around the adventures of a group of girls. Since life is crazy and time is money, are either of these shows worth your time and emotional investment? You COULD watch both and do a weekly analysis, but how about I just settle things right now with my thoughts on which show will have your heart thumping more. 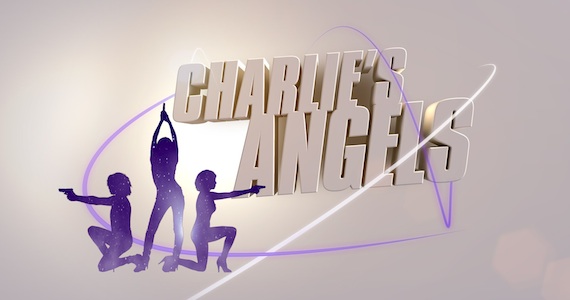 Once upon a time, Charlie’s Angel was a series on TV. It had a run for 4 seasons and is STILL referenced whenever people think of a group of sassy, formidable vixens.  Nearly two decades later, the franchise returned to fans on the silver screen not once, but twice. Both films did well for their studios and helped launch the career of McG. I wouldn’t hold my breath on the return of Cameron Diaz, Lucy Liu, and Drew Barrymore for a third installment, but is anyone clamoring for the return of Charlie’s Angels to TV?

The show is stamped with Drew Barrymore’s seal of approval as an executive producer. That’s pretty big, right? Barrymore has quite a resume in Hollywood for work both in front and behind the camera and she actually seems to be getting HOTTER (have you guys seen those Covergirl commercials?!?). Her last producer credit is “Whip It”, which I rather enjoyed. She obviously knows how to an all-girl ensemble work, but making a show is tough! In this age, first impressions (ratings) are crucial in surviving.

The show is set in Miami which means there will be drugs, gangs, half-naked women, hurricanes, boats, and dolphins; the list goes on. Such a colorful town sets the right tone for a fun, modern television action series. Plus, even IF the show jumps the shark, there’s always a sweet opportunity to make a crossover episode with CSI! Imagine a story where Lt. Horatio Caine kidnaps Bosley and discovers he is actually a bastard step-brother!

Annie Illonzeh (left) plays Kate Prince, the former Miami cop. FORMER cop?!? Oh no!!!! What could she have possibly done to get kicked out? You mean, we’re supposed to trust a girl who swore to uphold the law but possibly broke it? Maybe she got framed! Yes… because there’s no such thing as a bad cop that ends up being a protagonist. Remember guys: Ray Liotta. He’s ALWAYS the bad cop, right? Regardless, this show looks like a pretty good opportunity for fans of Annie Illonzeh’s role in Melrose Place and Entourage to follow her in a new role. Go Texas! (That’s where she’s from)

Minka Kelly (right) plays Eve French, the street racer. Do you guys think she was named Eve because she’s the hot sauce in the group who ate the apple first in the garden of Eden? I also really hope the producers required she learn how to drive a manual transmission. I don’t care which car maker is doing product placement in the show. If there isn’t a cut where she’s shifting gears, this show is OVER! Eve French appears to be the alpha in the show and this just in: Minka Kelly is single!!! I wonder if she broke up with Derek Jeter because he was jealous she was on set having so much fun partying, shooting guns, and driving fast cars while he and the rest of the MLB was getting tested for steroids.

Rachael Taylor (middle) is Abigail “Abby” Sampson, the thief. Think about it. She steals things and that probably means she’ll be the one that will unexpectedly take your heart! Awww.  Born in 1984, she’s also the youngest of the bunch too. ABC fans will recognize Rachael Taylor from her role in Grey’s Anatomy where she played an OB/GYN surgeon. I wonder if she will inspire girls across the globe to become sneaky little heartbreaking kleptomaniacs.

Oh. I’ll also be REALLY disappointed if there isn’t at least one scene in every episode where one or all of them are dancing.

– Flight of the Conchords

Pan Am takes place during the 1960’s, which also happens to be the same time period of one of my recent obsessions, Mad Men. That means viewers will be even offered more insight to a beloved era that seems to be trending (e.g. The Playboy Club). Since the show focuses on an airline, it’s safe to assume there will literally be a world of settings to choose from.

ER writer, Jack Orman and West Wing director, Thomas Schlamme have the opportunity to appeal to a different audience with Pan Am. While Charlie’s Angel may tug at the hearts of fantasy loving action fans, trailers of Pan Am hint creators will be appealing to fans who dream of a work place that’s also a forum to self-discovery, romance, and certainly a few entries into the mile high club. With a legendary brand in tow, the show will definitely evoke nostalgia among baby boomers.

Christina Ricci (third) appears to the strong supporting role of Maggie. Christini Ricci has a special place in my heart. If I’m not mistaken, my crush on Christina Ricci originated from Casper. There’s just something about her that projects a real person in any role she’s in, even if it’s Wednesday from Addams Family. Since then, she’s gone onto various roles in different genres establishing herself as an actress with range. As far as her role goes, we don’t know much about Maggie from the trailers except she appears to be assertive and the mastermind of the group.

Kelli Garner (first) plays Kate. I’m going to GUESS and say she’s the one that’s trying to prove her worth to the world. She won’t be taken advantage of. She wants to be treated as an equal. She wants a deep monogamous relationship.

Margot Robbie (second) plays Laura. In the trailer, we see Laura as a runaway bride. She might be the naive, unassuming character that needed an eye opening experience of being a stewardess the most. Laura is the new girl we connect with as viewers, distant and unfamiliar with the world she will soon discover. I also get the feeling that she’s the girl that other girls will envy, completely unaware of all the men that see her as an object of desire.

Karine Vanasse (forth) is Colette. I’m going to be honest: I might watch the show JUST for her. She interjects throughout the trailer with clever one-liners and has already peaked my interest with her foreign appeal: she’s French Canadian. She doesn’t need to be the lead but her beauty will be what you remember the most from each episode. Her perky smile is innocent but has the power to cause men to twist their wedding band back  and forth in confusion.

And the winner is…

Wait… isn’t there supposed to be a winner? They’re both on ABC! From a network point of view, they BOTH CAN be winners. As an action show, Charlie’s Angel HAS to be explosive right out the gate. That’s what what viewers are expecting: fun. Pan Am will certainly need time to develop and let viewers slowly but surely realize an obsession to an era they once belonged to or wish they could have lived in. They appeal to different audiences and can coexist with the possibility of overlapping viewers.

One question still remains though: how do we get white gloves to be a trendy fashion?

3 thoughts on “Charlie’s Angels versus Pan Am”