Silicon Valley premiered on HBO this weekend past. It’s about 6 programmers who live in, you guessed it, Silicon Valley. For those of you who don’t know, that’s located in the south portion of the San Francisco Bay area. Those 6 programmers try to make it big in the wake of start up companies that are now staples of modern culture; Facebook, Google, Yahoo, eBay, Netflix and Apple Inc.

Thomas Middleditch plays Richard, who comes up with a compression algorithm that the big wigs want. When Richard’s faced with the decision of; to sell to a big corporation, or to go with a tech guru? He’s got to step out of his comfort zone and be the center of attention. And suprise, surprise… Richard’s an introvert.
Silicon Valley deals with the high tech bubble of the tech world, where people who are qualified for the most success, can’t deal with it.

This show is brought to us by Mike Judge, we’ve all been looking forward for his next project, and this one does not disappoint. It points out and makes fun of the “innovative” things that corporations do to stand out, and make them appear to be un-corporations…

Having experience in the industry before, we can see Mike Judge is still in tune with much of the obnoxious behavior still prevalent in the tech world. As with his other works (think Idiocracy), Judge plants these details in our peripheral vision as gifts for us to laugh at with him. Such bits include questionable practices like meetings on bikes, cafeterias offering excessive free food, CEOs with narrow eco-friendly cars, spiritual advisor-consulting executives wearing finger shoes, and brogramers… despicable brogramers.

Richard’s journey is what I’m looking forward to the most, this quiet like-able guy has to make some tough decisions, I’ll be watching to see how he emerges out of season 1.

There are only 8 episodes this season, I can’t wait to see where we’re going.

HBO has just released a 22 minute special revisiting the stunning events of Season 1, introducing the major players and a sneak peak at Season 2.

The second season of the American fantasy TV series Game of Thrones is scheduled to begin airing in the U.S. on HBO on 1 April 2012. Like the first season, it will consist of ten episodes. It will approximately cover the subject matter of A Clash of Kings, the second book of the A Song of Ice and Fire novels by George R.R. Martin, of which the series is an adaptation.

Game of Thrones: You win, or you die.  Seems we got a nice little teaser for season 2, that makes waiting for April that much harder.

Game of Thrones is an American medieval fantasy television series created for HBO by David Benioff and D. B. Weiss. Based on author George R. R. Martin’s best-selling A Song of Ice and Fire series of fantasy novels. 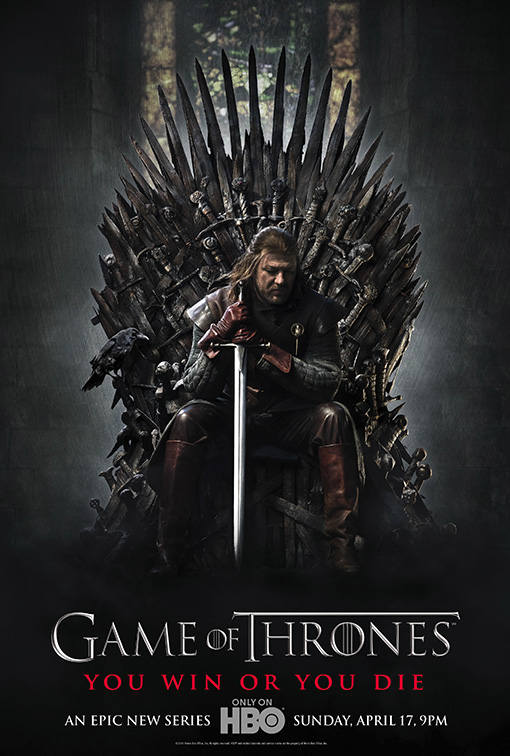 HBO has provided a lovely family tree with a little description to help identify who is who. Very helpful for those who struggle a bit with the names or just needed a refresher (it looks to be spoiler free).

Hopefully it’ll be updated when season 2 comes around. Likewise there is also an interactive map outlining the plot of season 1 (which doesn’t seem to be as Spoiler free) and the locations each episode takes place.