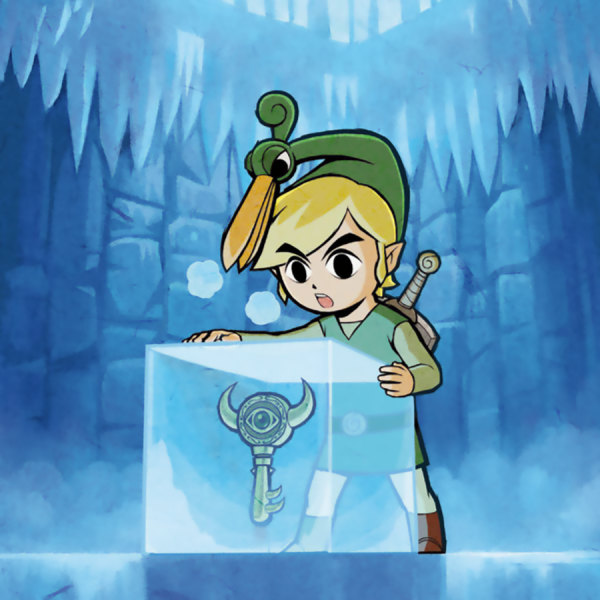 Nintendo hasn’t released the official statement but some readers of the Official Nintendo Magazine have been receiving SpotPass notifications this morning informing them that the games are arriving this Friday for the Japanese and UK 3DS owners.  Hopefully the North America release will also be released the same date.

The full list of GBA games being handed out December 16 includes the following:

These games are free to download to anyone who bought a 3DS before the 3DS price cut. 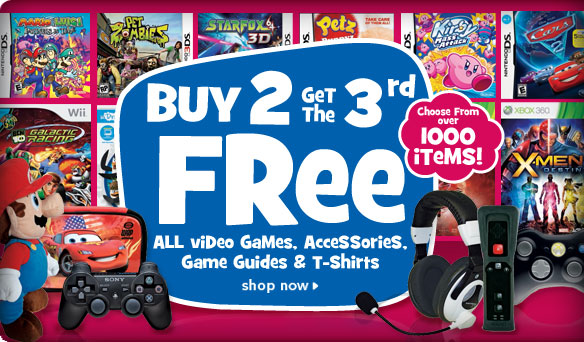 Toys R Us buy two get one free is upon us and my wallet can’t help but shudder a bit.  This also includes games that will be released this week such as Batman: Arkham City or past games such as Gears of War 3.  The sale also includes accessories (like Xbox Live points or Gold), guides and apparel.

For those who are thinking about starting their X-mas shopping early or just been holding out for a sale on a video game or three the time is now!

Nintendo has just released a treasure trove of dates for North America for a lot of their games!  The launch dates include Super Mario 3D Land, Mario Kart 7, Legend of Zelda: Four Swords Anniversary Edition, and Legend of Zelda: Skyward Sword.  See below for each respected release date and some videos to boot!

A new trailer has been released for Super Mario 3D Land, highlighting some of the game-play aspect (courtesy of Gametrailers.com).

Mario Kart 7 for the 3DS doesn’t follow too far behind the holiday season, releasing on December 4, 2011!

See the latest trailer for Mario Kart 7,  showing off many of the game-play (also courtesy of Gametrailers.com).

In honor of the 25th anniversary of the Legend of Zelda series, Nintendo will also be releasing The Legend of Zelda: Four Swords Anniversary Edition (for DSi and 3DS users) for free, starting on  September 28, 2011 until Febuary 20, 2012.

Finally, The Legend of Zelda: Skyward Sword launches November 20, 2011 for the Wii.

Start saving up folks, its going to be an interesting holiday season for sure!

As a reminder for those who bought their 3ds early on and qualified for the Ambassador program, September 1st is rolling around the corner!  With that in mind, Nintendo support has now posted instructions on how to acquire these games.  The quickest explanation is that you are re-downloading titles you now own, instead of getting some sort of voucher to redeem these games.

Likewise, owners will also get an Ambassador Certificate (a video file), which can be used to receive updates regarding the program and notify users when new titles are available to download.

For those of you guys who have made the leap of faith to the Nintendo 3DS, prior to the price drop (or even during the price drop but before the lock out date), Nintendo has provided a link to verify your serial number.

For those who didn’t know, the Nintendo 3DS Ambassador Program is Nintendo’s way of showing appreciation for consumers who purchased a Nintendo 3DS hand-held system during its first few months of availability.  Nintendo 3DS owners who performed the latest system update or who visited the Nintendo eShop using a wireless broadband Internet connection prior to 11:59 p.m. Eastern time on Aug. 11, 2011, were automatically registered for the program and will receive 20 free downloadable games before the end of the year.  The first round of games will come from the NES Virtual Console games on September 1st and the second round sometime later on will be GBA Virtual Console games.

Personally I do weep a bit as an early adopter but at least I got some free games.. never mind the fact that some folks were able to buy it for cheap and qualify.. sniff.

Go here to check if your 3ds qualifies:
http://www.nintendo.com/consumer/systems/3ds/en_na/3dsambassador.jsp?menu=how&submenu=ctr-ht-amb-lookup