Thor: Ragnarok is the third Thor film and the 17th film set in the Marvel Cinematic Universe. Ragnarok is directed by Taika Waititi, the screenplay is written by Eric Pearson and Craig Kyle and Christopher Yost. The film stars Chris Hemsworth, Tom hiddleston, Cate Blanchett, Idris Elba, Jeff Goldblum, Tessa Thompson, Karl Urban, Mark Ruffalo and Anthony Hopkins. With a score by Mark Mothersbaugh.
This time around Thor has to escape from the alien planet of Sakaar and get back home to Asgard. END_OF_DOCUMENT_TOKEN_TO_BE_REPLACED

Spider-Man: Homecoming is the latest Spider-Man movie, this time it’s directed by Jon Watts with a screenplay by Jonathan Goldstein and Francis Daley, Watts and Christopher Ford, and Chris McKenna and Erik Sommers. The film stars Tom Holland (reprising his role from Captain America: Civil War), Michael Keaton, Jon Favreau, Zendaya, Donald Glover, Tyne Daly, Maris Tomei and Robert Downey Jr.
This time around Peter Parker tries to balance his life as a superhero, high school, and a new villain in the form of the Vulture. END_OF_DOCUMENT_TOKEN_TO_BE_REPLACED

John Wick: Chapter 2 continues where the first film left off, with Wick looking to retrieve his car. This film is directed by Chad Stahelski and written by Derek Kolstad. It stars Keanu Reeves, Common, Laurence Fishburne, Riccardo Scamarcio, Ruby Rose, John Leguizamo and Ian McShane. After addressing the events of the 2014 film, Wick goes on the run due to a bounty being placed on him. END_OF_DOCUMENT_TOKEN_TO_BE_REPLACED

As a resident of North Los Angeles, it’s impossible to complain about a lack of access to great foods, specifically delicious burgers. There’s just one problem, the traditional meat option for burgers is beef. That’s all well and good until you start reading stuff on the internet that makes you worry if your love comes at a cost greater than the menu price.

END_OF_DOCUMENT_TOKEN_TO_BE_REPLACED

Rogue One: A Star Wars Story is the first stand-alone film installment in the epic space opera of Star Wars Anthology series. Rogue One is directed by Gareth Edwards, written by Chris Weitz and Tony Gilroy, from a story by John Knoll and Gary Whitta. It stars; Felicity Jones, Diego Luna, Ben Mendelsohn, DonnieYen, Mads Mikkelsen, Alan Tudyk, Riz Ahmed, Jiang Wen and Forest Whitaker.
The plot follows Jyn Erso (Jones), the daughter of the designer of the Death Star, and her quest to retrieve the plans for destroying it. END_OF_DOCUMENT_TOKEN_TO_BE_REPLACED

Doctor Strange is the latest Marvel Studios film in the Marvel Cinematic Universe, it’s about the character with the same name. It’s directed by Scott Derrickson, who also wrote the film, along with Jon Spaihts and C. Robert Cargill. It stars Benedict Cumberbatch in the titular character, Chiwetel Ejiofor, Rachel McAdams, Benedict Wong, Michael Stuhlbarg, Benjamin Bratt, Scott Adkins, Mads Mikkelsen and Tilda Swinton. Doctor Stephen Strange is a brilliant surgeon who learns magic and the mystic arts after a surviving a car accident that ends his career in the medical field. END_OF_DOCUMENT_TOKEN_TO_BE_REPLACED

The Nice Guys is the latest film directed by Shane Black it’s also written by Black and Anthony Bagarozzi. It’s a neo-noir mystery, but also a buddy cop comedy film, leave it to Shane Black to meld these genres together. It stars Russell Crowe, Ryan Gosling, Angourie Rice, matt Bomer, Margaret Qualley, Keith David, and Kim Basinger. It’s about missing girl case that turns into something bigger, it just so happens that a private detective (Gosling) and a muscle for hire (Crowe) stumble upon these nefarious doings. END_OF_DOCUMENT_TOKEN_TO_BE_REPLACED 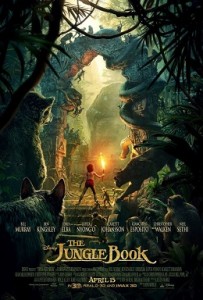 The Jungle Book is the latest live action adaptation of Rudyard Kipling‘s collective works of the same name, and this marks Disney‘s third adaptation. It’s a story of a boy raised by wolves in the jungles of India and his struggle to find his place in the world, amongst the animals of the jungle or with man… END_OF_DOCUMENT_TOKEN_TO_BE_REPLACED 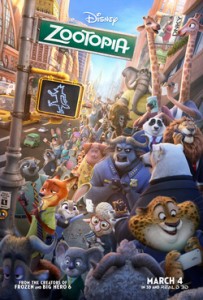 Zootopia is the latest 3D computer-animated movie from Walt Disney Pictures, and the 55th animated feature in the Walt Disney Animated Classics series. This film is a mixture of things, let’s see if I can sum it up… it’s an underdog story, neo-noir, buddy-comedy, adventure film, that follows the unlikely partnership between a rabbit police officer and a sly hustler of a fox, together they unearth a conspiracy involving missing citizens of the predatory descent. It’s directed by Byron Howard and Rich Moore, and co-directed by Jared Bush. It has a screenplay by Jared Bush and Phil Johnston. The film features the voices of Ginnifer Goodwin, Jason Bateman, Idris Elba, J.K. Simmons, Tommy Chong, Octavia Spencer, Jenny Slate, Shakira, and Maurice LaMarche. END_OF_DOCUMENT_TOKEN_TO_BE_REPLACED 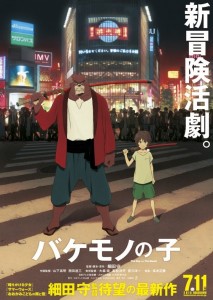 The Boy and the Beast is director Mamoru Hosoda‘s latest film. It’s about a nine year old boy named Ren whose world is unraveled when his mother dies. Hearing no news of his father he decides to run away and suddenly makes his way into the Beast Kingdom.

The good; I absolutely love this premise. This reminds me of the movies in the 80s (The Neverending Story, Flight of the Navigator, Labyrinth, Explorers…), it’s about a child being a fish out of water in a new fantastical world. END_OF_DOCUMENT_TOKEN_TO_BE_REPLACED