If you own a smart phone or know someone that does, chances are you’ve played Angry Birds. Developed by Rovio, Angry Birds has become one of the most downloaded titles for both iOS and Android platforms. To help perpetuate it’s appeal, Rovio has even come out with variations of the game including  a holiday version and one tied with 20th Century Fox’s Rio. Fans can also buy Angry Birds merchandise. There’s even an unauthorized theme park in China. In fact, the game recently surpassed 350 million downloads. Now that Angry Birds has become a household name, isn’t it time we see the birds make a splash onto the silver screen?

Here are some essential elements Rovio should use in the motion picture.

Angry Birds is all about projectile birds. The funny thing is the birds don’t flap their wings, they fly like cannon balls. The challenge of angry birds comes from having to aim with the right angle and strength. The concept is old fashioned like a slingshot but that doesn’t mean the movie has to be. The Angry Birds movie should definitely use bullet time scenes liberally within the movie and certainly in the trailer.

Assuming the movie will be done entirely on a computer, producers will have virtually unlimited liberties in the employment of special effects. Slow motion never gets old and it always works with action. That’s all there is to it.

Likewise, the antagonist  should possess a very sinister tone that fully embodies the audacity of stealing some animal’s eggs. My vote is for Jack Nicholson. Chances are there’s also an opportunity for a comic relief role and Russell Brand has the perfect voice for bringing the laughs to a well balanced movie.

The current theme song is cute and cuddly. That works for mobile devices which are relatively low fidelity. Fans will be paying more for a movie ticket than the cost of a game but limited to a 90 minute experience versus hundreds of lost work productivity hours. It’s only fair that the score be handled by greats like John Williams or Danny Elfman. There would definitely be overlap in viewers of the highly acclaimed The Social Network, but what payday would Trent Reznor be willing to compromise his artistic integrity for?

There’s no way Angry Birds can receive a G rating due to its destructive/vengeful theme. Rating Angry Birds anything higher in maturity level than PG would be a mistake because it can only hit massive sales figures by appealing to families. If we were to entertain the idea of an R rated Angry Birds, possible warnings would include hard language (when the birds curse after missing targets or confronts those nasty pigs, who will certainly be vulgar), drug abuse (how else are the birds going to cope with the pain of all that collision with pain killers?), sex (there is strength in numbers aka reproduction).

We all know the best way to hook fans into an indefinite franchise is by keeping the story open. Just imagine if the birds recover eggs only to find out there aren’t actual birds incubating? Or what if the pigs don’t even exist like Tyler Durden? More importantly, a cliffhanger ending would help seal the deal for a blockbuster trilogy.

There aren’t many video game movies that live up to expectations of loyal fans.  Could it be the fundamental change from interactive entertainment to passive entertainment? Let’s hope Rovio does Angry Birds justice. 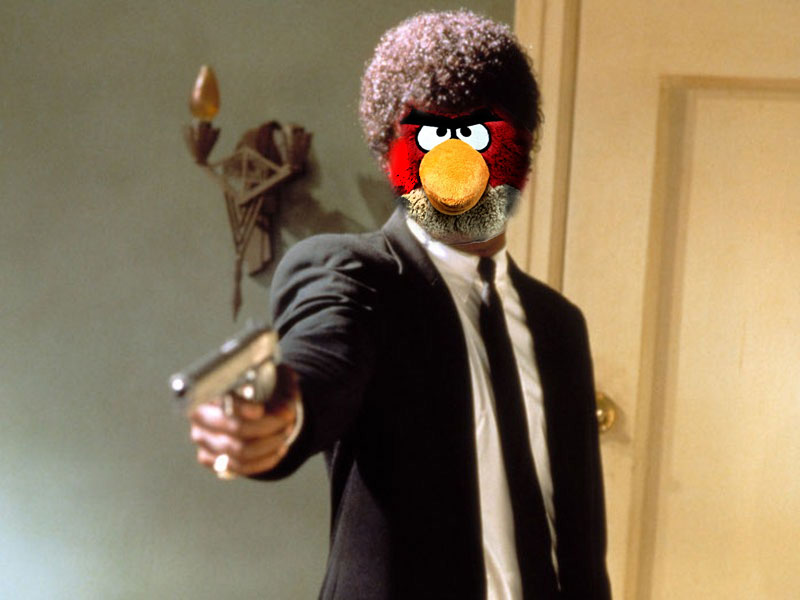