Let’s admit there are no perfect wireless carriers. I love T-Mobile, but wish I had the coverage of Verizon (especially indoors). It’s getting better though with lower band LTE covering more and more of the country, but T-Mobile still has lots of work to do. Thankfully, you can no longer complain about having poor coverage in the most sacred domain within your life, your home.

I ordered a CellSpot from T-Mobile for a very reasonable 25 dollar deposit and it arrived within a few days. This microcell is kind off like the one that AT&T has except it has LTE and doesn’t require device registration. 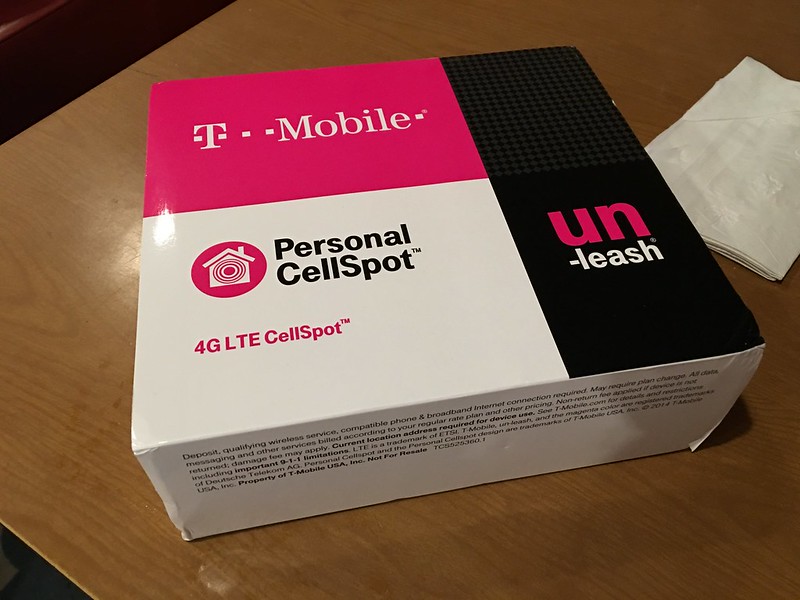 The latter can be seen as a disadvantage given the cell spots 8 concurrent voice connection limit, but it’s totally convenient because no one likes setting up devices (seriously, the process involves registering IMEIs which are always a pain to type out). Luckily I have plenty of bandwidth to spare with a 200mbps connection from Time Warner, so anyone other than me connecting probably isn’t going to affect my home internet experience. I THINK my router is smart enough to prioritize the CellSpot data differently than the rest of the packets.

The device itself isn’t very large but is somewhat awkwardly designed. It’s mainly the stand bracket that’s placed in a poor location. Actually, it’s the Ethernet and power ports that should have been located higher so it’s easier to plug them in. It doesn’t seem like they’ll unplug on their own but getting them connected after you’ve attached the stand piece may seem frustrating. 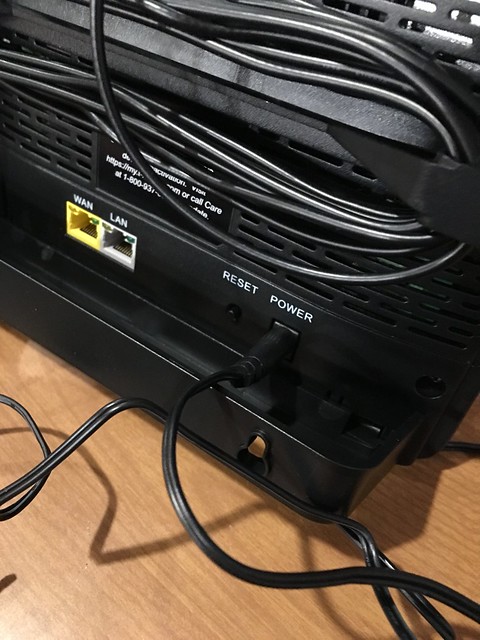 Who designed this thing?

Setup is straightforward. It’s really just plug and wait. I’m happy to say there’s a pass through port which allows you to maintain any existing connection you already have. In my case, the CellSpot now sits between the router and a printer. 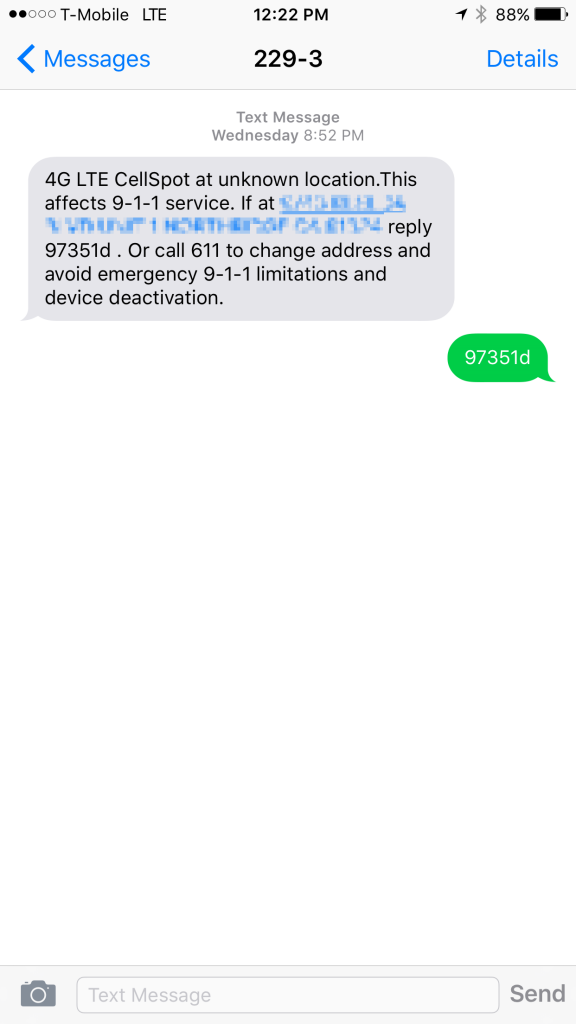 After awhile, I noticed my signal strength jump to a solid 5 bars (4 when upstairs) and I have 0 reason to use my wifi connection at home unless an app requires it (Dropbox).

I haven’t tried any long duration calls yet. 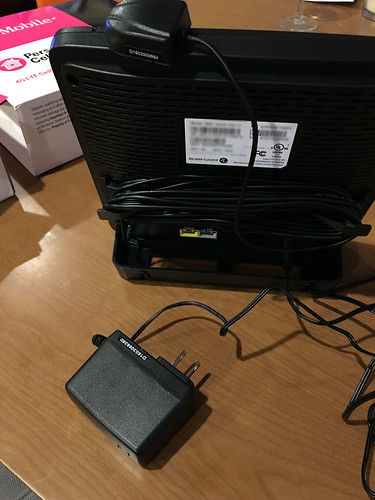 The power plug isn’t too big 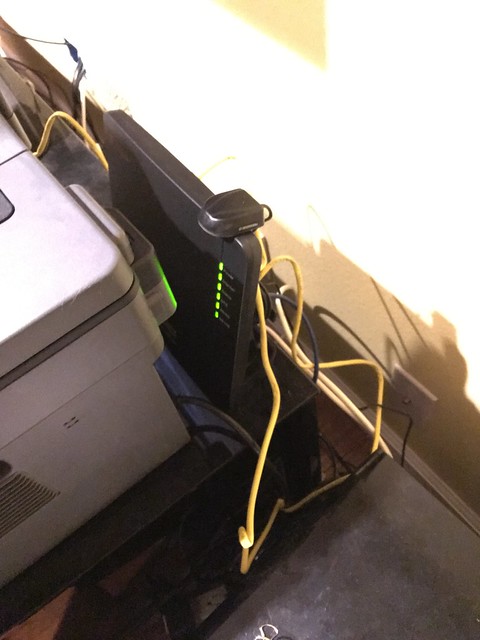 After a long wait, it’s good to go!

Full disclosure: I own T-Mobile stock because I think John Legere is an awesome CEO.