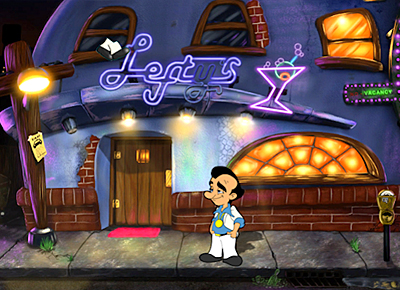 Replay Games has picked up the rights for the original Leisure Suit Larry franchise, and plans to re-release the original series. Additionally, they will begin working on an all new adventure beginning in 2012, to coincide with the series’ 25th anniversary.

The remakes will feature upgraded visuals, sound and control. However, the original sense of humor and puzzles will be kept. Thankfully, Replay Games CEO has been working closely with the Leisure Suit Larry’s creator Al Lowe.

Personally, I am really excited on this announcement. I loved the original series. After I played Leisure Suit Larry: Love for Sail!, I was eagerly hoping and anticipating any other sequel. I even bought the Leisure Suit Larry’s Casino, hoping it would have some sort of short adventure with Larry Laffer. It didn’t have one, it was strictly casino games using characters from the game.

There is no release date mentioned yet for the HD re-mastered version of the original Leisure Suit Larry in the Land of Lounge Lizards. Replay will hopefully be releasing it on multiple platforms including, Windows, Mac, iOS, Android, XBLA, PSN, On-Live, and Steam.

With a bit of luck, look for more updates in the near future.