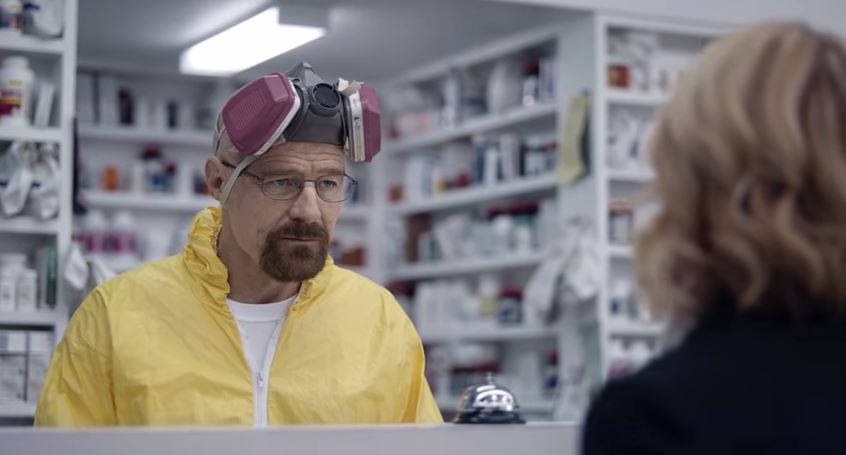 The Super Bowl is an interesting event in that the NFL managed to attract a higher volume of viewers that don’t care about the actual main event. Think about other events. Is anyone watching PGA tournaments for commercials? Think you’d tune into the Oscars if you never watched any of the movies that were nominated? Indeed the power of advertising has turned the Superbowl into a platform for companies to pour huge amounts of their budget into capturing the short attention of audiences. In many cases the products or services being advertised are completely unrelated to football (I’d bet the average football fan has little use for domain services like GoDaddy). But what makes some ads more memorable than others?

Advertisers enlisted the talents and imagery of some of the best iconic characters in pop culture this year. One of my favorites was the Walter White Esurance ad. This didn’t feel like a subtle tribute to Breaking Bad, this was Heisenberg in a deleted scene giving a comedic performance. If you didn’t watch Breaking Bad (why wouldn’t you?!?), you probably didn’t care for the commercial or even recognize one of the biggest lines “Say my name”. As a late-but-passionate fan of Breaking Bad, the concept felt like a home run as the show has forever created a footnote in history of the (elicit) pharmaceuticals industry.

The Mindy Kaling commercial was also a hit for me. If you watch her show, you’ll know how caught up her character is in her image. Seeing Mindy Kaling run through a car washer, eat ice cream from the tub, and sunbathe nude in a park all seem like plausible scenes if she were to be granted the power of invisibility. Again, this context makes the commercial appealing. The impact simply would not be there if Nationwide were to use an anonymous face.

Probably the most surprising ad came from Clash of Clans maker, Supercell. The ad shows Liam Neeson enraged at another gamer, acting his best like Taken character, Bryan Mills. Like the Esurance ad, we’re transported to a character’s world. It’s easy to wonder if Hollywood has already conceived the plot of Liam Neeson getting revenge on a troll.

So what’s different between these loveable ads and the loathsome ones I endure on Hulu or live TV? It seems like they connect so much better with the viewers. I can’t tell you how many times I’ve seen the same boring Disneyworld ad on Hulu while watching “Mindy Project” or “Jane the Virgin”. Just imagine if services could get people excited for ad supported content the way they do for the Super Bowl. Isn’t it reasonable to think Hulu could just run the Esurance ad for the “Mindy Project”? Hulu could at least mix up the commercials a little bit. If I’m paying for content that’s ad supported, at least show me some really entertaining ads.