In what seems to be an annual tradition, Apple has once again lost an iPhone 5 prototype in a bar.  Of course the internet is now abuzz and curious about this prototype, like what is it capable of, does it sport a larger screen, can it still play Angry Birds?  As for me, I’m calling shenanigans!  Why, you ask? Because I can’t help but wonder if this is the equivalent of viral marketing to give iFans a sneak peek and build hype. We’ve all seen viral marketing used on youtube, heck even some companies got in trouble for faking a leak only to be the originator of the “leak.”

Much like many of those leaked screenshots of the latest phone, such as Motorola’s Droid Bionic, this all helps to build speculation and fuel dreams as to what the phone may be capable of.   The results can help drive sales and earn “free advertisement” in one fell swoop.  Looking back, the results of the iPhone 4 caused a huge surge of demand that Apple had to suspend advance sales so they didn’t exceed their supply.  Of course retailers couldn’t keep up with the demand and the supply eventually dried up.  1.7 million iPhone 4’s were sold in the first three days of availability.

Currently, Apple went to the police after it was reported missing but nothing has turned up yet.  Last year, the phone ended up going to Gizmodo for $5,000 after it was found, the people who did find and sell it got a misdemeanor fine for selling it and Gizmodo got off scot-free (not to take anything away from Jason Chen, editor responsible for reviewing the prototype, whose house was raided looking for the missing prototype).  Gawker (parent company of Gizmodo), got a lot of traffic and publicity for the iPhone 4 due to this mishap.

Don’t be surprised if another publication ends up with this prototype (we’re not in San Francisco where the phone “disappeared,” so it won’t be us) or another manufacturer “misplaces” a product in the future.

For more information go to The Register about the Missing prototype.

UPDATE: Included an article from PC Magazine implying this is a hoax 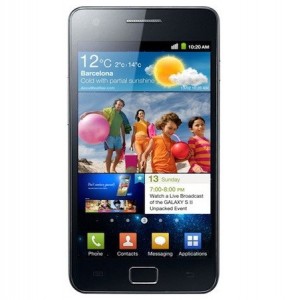 In an odd turn of events, Samsung announcement for Samsung Galaxy S II will not including Verizon Wireless (VZW). Verizon spokesperson Brenda Raney has also confirmed the announcement and can’t help but wonder why.  There are rumors that perhaps Samsung is bringing Samsung Stratosphere, a QWERTY-slider along the same lines as the Epic 4G, as well as the Nexus Prime to Verizon instead.  Maybe Google’s takeover of Motorola had some effect.  Whose to say, but looks like VZW is out one potentially nice phone.  Oh well, at least there is the Droid Bionic.  VIVA LA BIONIC!

Facebook has over 250 million users. Wait, what? 250 million users? That’s about 50 million short of what the U.S. population is! It’s quite amazing, and I’ll have to admit, I am a Facebook feen myself. How can you disregard an application that allows you to “check up” on your friends without having to really make contact with them? I know, it sounds horrible, and it is. But, it’s also quite convenient.

So how does the app measure up?

The Facebook app for Android does the bare minimum of what it should be capable of. There are lots of kinks that need to be worked out and I’m surprised that with each update that is made, it seems to be a step backwards from improving. I was going to list all the pros, but then I realized that all the pros are parts of the app that should be working. So let’s focus on the cons:

It’s a bummer that I constantly need to check the mobile web browser version of Facebook to make sure I’m not missing out on any “important” notifications. Essentially, the app works for the most part, but not enough.

More info on the Facebook for Android app can be found here.