We’re back with another video! Check out this special 60fps on your computer for maximum smoothness. It should also play at 60fps on your phone with a Wi-Fi connection.

END_OF_DOCUMENT_TOKEN_TO_BE_REPLACED

Platinum Dunes, Michael Bay’s company, is producing the new live-action Teenage Mutant Ninja Turtles movie on December 25, 2013. The kicker however is that the pizza-loving heroes in a half-shell will be even more than simply teenage mutant ninja turtles when they return to the big screen next year.

According to Bay, who was speaking at the 2012 Nickelodeon Upfront in New York last week, said that the Turtles are really aliens!

The internet is, of course, angry!  What do you think? 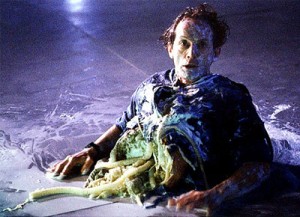 I remember seeing Lance Henriksen spewing milk during his “death” scene in Aliens. Ever since then, I can’t drink milk without thinking of that scene. Of course, he’s been pretty active since that memorable film moment, appearing in many other movies, in TV series, even in video games.

In fact, LBCC is his last stop for his book tour of his biography, “Not Bad For a Human – The Life and Films of Lance Henriksen”. The book features art by several artists, including Eric Powell, Sienkiewicz, Mike Mignola, Tim Bradstreet, Ashley Wood, Kelley Jones and Tom Mandrake.

On the flip side, is David Finch who hasn’t worked in the film industry like Henriksen. He started out in Top Cow Productions on the popular Cyberforce title. Since then, he’s worked on various Marvel titles, such as Ultimate X-Men, Avengers, and World War Hulk. As of January 2010, Finch is signed onto DC as an exclusive artist. He’ll be writing and drawing a new series, “Batman: The Dark Knight”.